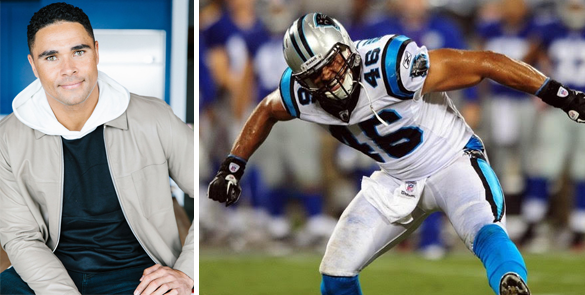 Former NFL linebacker and current motivational speaker and author Thomas R. Williams is coming to Ridgefield to give a presentation to student athletes, and the public is invited to attend! The event will be held on Monday, Aug. 22 from 5:30 to 6:30 p.m. at the Performing Arts Center at Ridgefield High School, 2630 S. Hillhurst Rd. The presentation is tailored toward student athletes and their families, and is titled “Play For The Name On The Front of the Jersey, Represent The Name on the Back.”

During this discussion, Williams will talk about winning habits that will not only help your team win, but most importantly, how to win in life. The one-hour session will help student athletes uncover how to shift to an advantage mindset, develop positive habits for negative thoughts, see how “we is bigger than me,” and other lessons. Williams graduated from the University of Southern California in 2008 with a degree in Sociology. Nicknamed “The Hitman” for his prowess at being a hard-hitting tackler on special teams, Williams was a team captain for the Trojan football team that went 59-6 and won two National Championships and 3 Rose Bowls during his college career.

Williams was selected as the 155th overall pick in the 2008 NFL draft by the Jacksonville Jaguars. During his five-year NFL career, Williams also had stints with the Seattle Seahawks, New England Patriots, Buffalo Bills, Carolina Panthers, and Tampa Bay Buccaneers. In 2012 after suffering a career-ending neck injury, Williams transitioned from being a game changer to a life changer, helping people tackle obstacles and finding their winning solutions.

Williams is now a motivational speaker and collegiate guest lecturer. He has traveled worldwide speaking to different corporations, athletes and students on how to fully maximize their potential. He is the author of the books “Permission to Dream: I Can I Will I Did” and “The Relentless Pursuit of Greatness.” He impacts his audiences by helping them create a successful vision which leads them to greatness. Williams serves as an NFL Player Engagement Ambassador, teaching college student athletes about character, leadership and the NFL evaluation process.

One of Williams’ main passions is coaching both college and professional athletes on the inevitable transition to life beyond the scoreboard. He is driven by his mantra, “Athletes are great people first, who just so happen to be great athletes. Greatness may have started with sports but it doesn’t end when you retire. Greatness is a lifestyle.”

Williams also works closely with the Wounded Warrior Project, which focuses on helping soldiers transitioning back from combat.

After retiring from the NFL, Thomas R. Williams is now a motivational speaker and collegiate guest lecturer.