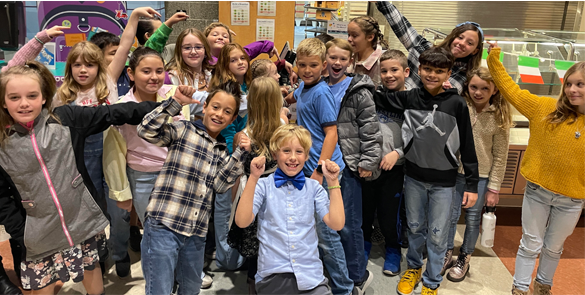 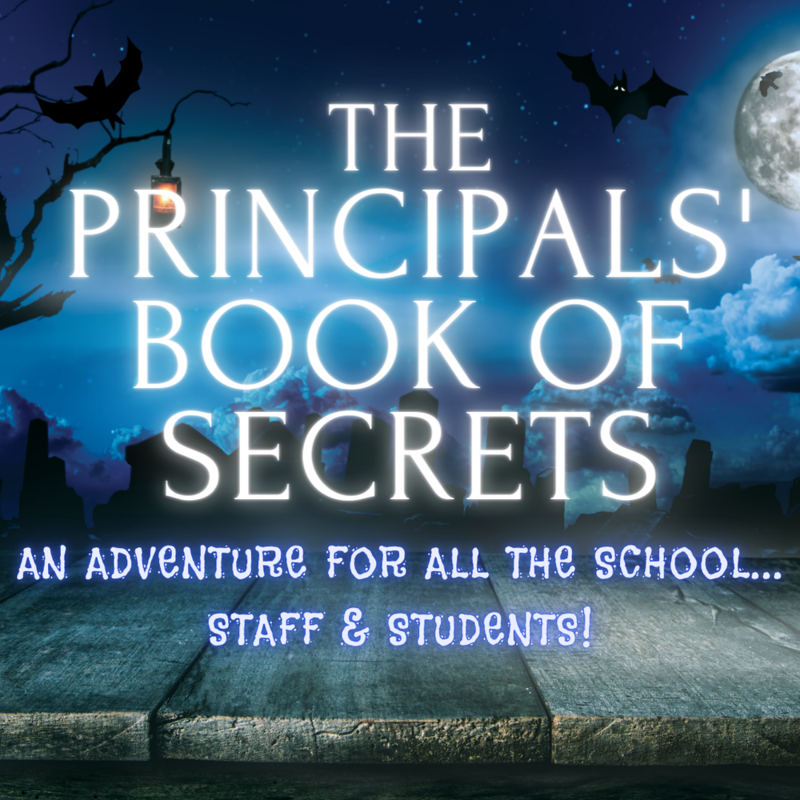 Students at Union Ridge Elementary helped solve an unusual mystery last week. Principal Angie Gaub kicked things off with a message to the entire school: she needed help to learn the identity of someone with the initials A.L. The previous night, A.L. had left an old book, The Principals’ Book of Secrets, in Gaub’s office. The Ridgefield School District students were excited to take up the case and help her find the culprit.

Gaub reported The Principals’ Book of Secrets was filled with curious facts for principals’ eyes only, like “Where do permanent school records really end up?”, and “Is Area 51 actually a secret school for superheroes?” Oddly, the book also held a handwritten note from a pirate, Skinflint McIntosh. The note said that treasure of incalculable value was hidden somewhere in the school, guarded by puzzles and traps since 2013. By following the clues and solving the puzzles, students could prove themselves worthy of the pirate’s treasure.

The students’ first mission was to find twelve “hidden gems” around the school. Each gem coordinated with a letter. Classes searched all over to locate gem posters to record the matching letter. Once they found all the letters, they rearranged them. The letters formed the words “Show Kindness.” But what did that mean? 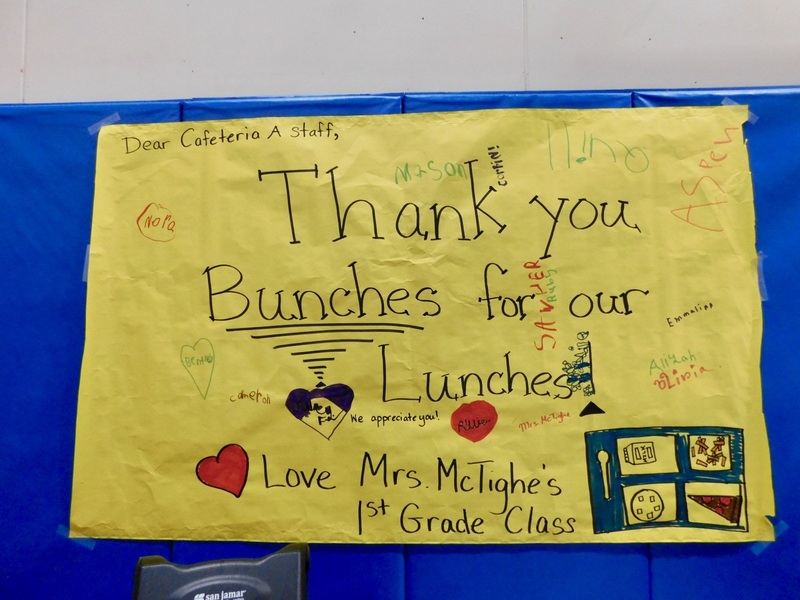 The next clue came from a scroll left by a secret agency called the Alumni-ati (not to be confused with the Illuminati) that watches over the school to protect its secrets—but also appreciates acts of kindness. They asked that students take on a new mission: to show kindness by creating posters of appreciation for Union Ridge staff. Students eagerly signed and colored many posters of thanks to display all over the school, thanking everyone from the PTO to librarians, from cafeteria staff to custodians.

The next day, a new mission appeared: create postcards of appreciation for veterans attending the upcoming Veterans Day ceremony. The students got to work, and soon there were piles of colorful postcards. As a bonus mission, students were also asked to create their own acts of kindness beyond the walls of Union Ridge. They brainstormed ways that they could be kind to others at home, at school, and in their communities.

As each mission was completed, winning classes received prizes like a popcorn party or extra time at recess. Excitement was high, and students couldn’t wait to solve the final puzzle. By the end of the week, they learned that A.L. stood for Abraham Lincoln—or did it? How could Abraham Lincoln have put a book in the principal’s office? Only the students at Union Ridge know the real answer—and they’re not telling. After solving an exciting mystery together, they are ready for whatever adventure comes next. And their school is a brighter, kinder place, which is a kind of treasure of its own. 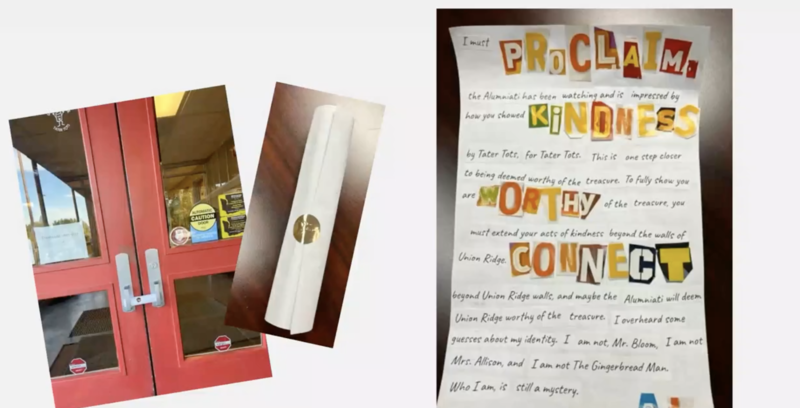